Back to case studies

Federal Mogul was interested in using a 1250kW diesel power generator at their Skokie, IL manufacturing facility, but were unsure if the unit was big enough for the job and had no idea how to install it. What’s more, this industrial generator had been sitting in storage for some time, creating additional uncertainty about its ability to meet the demands of their busy facility.

Federal Mogul’s main concern was that their current generator was insufficient to power the building. After receiving quotes from two other generator installation companies, they chose ThermFlo. The client was sold on ThermFlo because of the team’s ability to provide diagrams and insight into how the design and installation solutions would be done from beginning to end.

The main challenge Federal Mogul faced with their current generator was a lack of power. Frequent outages would interrupt their processes. The outages were so bad that the company was unable to deliver products to customers as promised. Installing a temporary generator was difficult, as there was no easy way to integrate it into the existing setup. The company needed to bring in additional power—but in a way that would not further disrupt production and that would instead allow for consistency in their operational environment.

ThermFlo designed a switchboard that enabled production loads to continue running on the generator during an outage. This was done via a permissive automatic throw-over setup with an alarm that would signal overloading. Along with load banking and temporary roll-up provisions, the setup served as an ideal solution in the manufacturing environment because it allowed for maintenance and bypass without impacting the progress of running loads.

Thanks to the new system, Federal Mogul was able to maintain steady power, creating the consistency they needed in terms of output and uptime. Even though ThermFlo was tasked with creating solutions within a tight set of parameters and limits, they exceeded in all areas, including engineering, service, installation, and advising. The success of this project turned Federal Mogul into a loyal customer. Have a power challenge that needs solving? Reach out and let’s start the conversation.

“This was a complete turnkey package from start to finish.”
Jim Comminos
Project Engineer 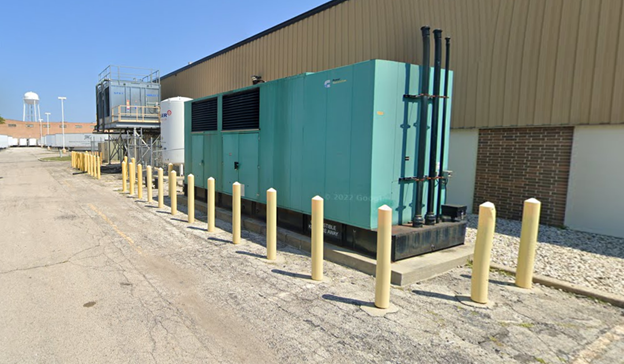 Ready to partner with Thermflo for 100% reliability?